Benefits of Ag Camera Systems on the Farm

Benefits of Ag Camera Systems on the Farm

In this post. We’ll discuss things about Ag camera systems and what you need to know when choosing one for your farming applications.

If you want to:

Farmers have always been pioneers in high-tech technology and products, and more and more ag equipment cameras are being adapted for use on the farm in recent years.

Agricultural Equipment Camera Systems increase safety and productivity, because of the numerous benefits they bring, ag camera systems are fast becoming widespread in the agricultural sector. There will be no more grain cart overloading or getting out of the tractor to connect to equipment.

They may also be used to look behind big machinery, monitor baler knotting, planter seed drops, and a variety of other tasks.

Why Use Agriculture Camera Systems? 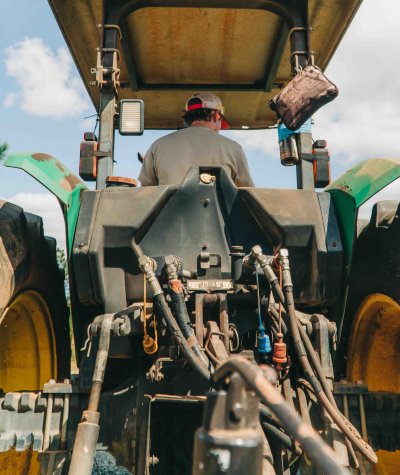 If you’ve ever gotten a headache or shoulder strain from turning to look over your shoulder while planting, mowing, or harvesting, you should consider putting a camera and monitor system in your tractor.

A few farmers would use the cameras because they have a handicap that prevents them from turning to see over their shoulder and also makes climbing in and out of the tractor while hitching equipment difficult. They may continue farming safely and independently thanks to the cameras.

Camera systems also make hooking up to equipment more easier and safer since you can position the camera to display the hitch, removing the need for a second person to advise you.

Small time and money savings build up over the course of a farming year. You’ll be amazed at how big all of those modest savings may add up to.

Spring — Mount a camera on your grain drill to check both the levels in your seed tanks and the evenness of your planting without craning your neck.

Fall — Harvest season in the fall is a stressful time. Installing a camera on your combine augur and a screen in the trailer tractor lets the combine operator to concentrate on harvesting level rows while the tractor operator places the trailer for maximum fill.

Winter — When loading pallets, attaching a camera to your forklift attachment is a big assistance. It makes relocating items in your warehouse a snap.

What Are Available Options?

And you may choose to install a one, two, or three-camera system for your applications depending on the sort of job you conduct.

You’ll need one or more monitors installed in your tractor’s line of sight with any camera system (typically monitors are mounted in front of the wheel, or near the top of the windshield in a tractor with a cab, wherever is easy to see, and does not obstruct your view.)

One-camera Systems – It works great if you just require one point of view and are only gazing behind you to see the progress of mowing, planting, or other tasks.

The camera may be installed on the fender or behind the tractor seat.

The main difference between wireless and wired camera system is similar to that between a mobile phone and a landline phone.

Installing a wired camera would need to make long-term judgments about where the camera will be most useful. It also takes a few hours to install the camera and wire it.

You can move that camera once, but it will eventually return to where you previously placed it. It will become a one-time solution to a single problem. 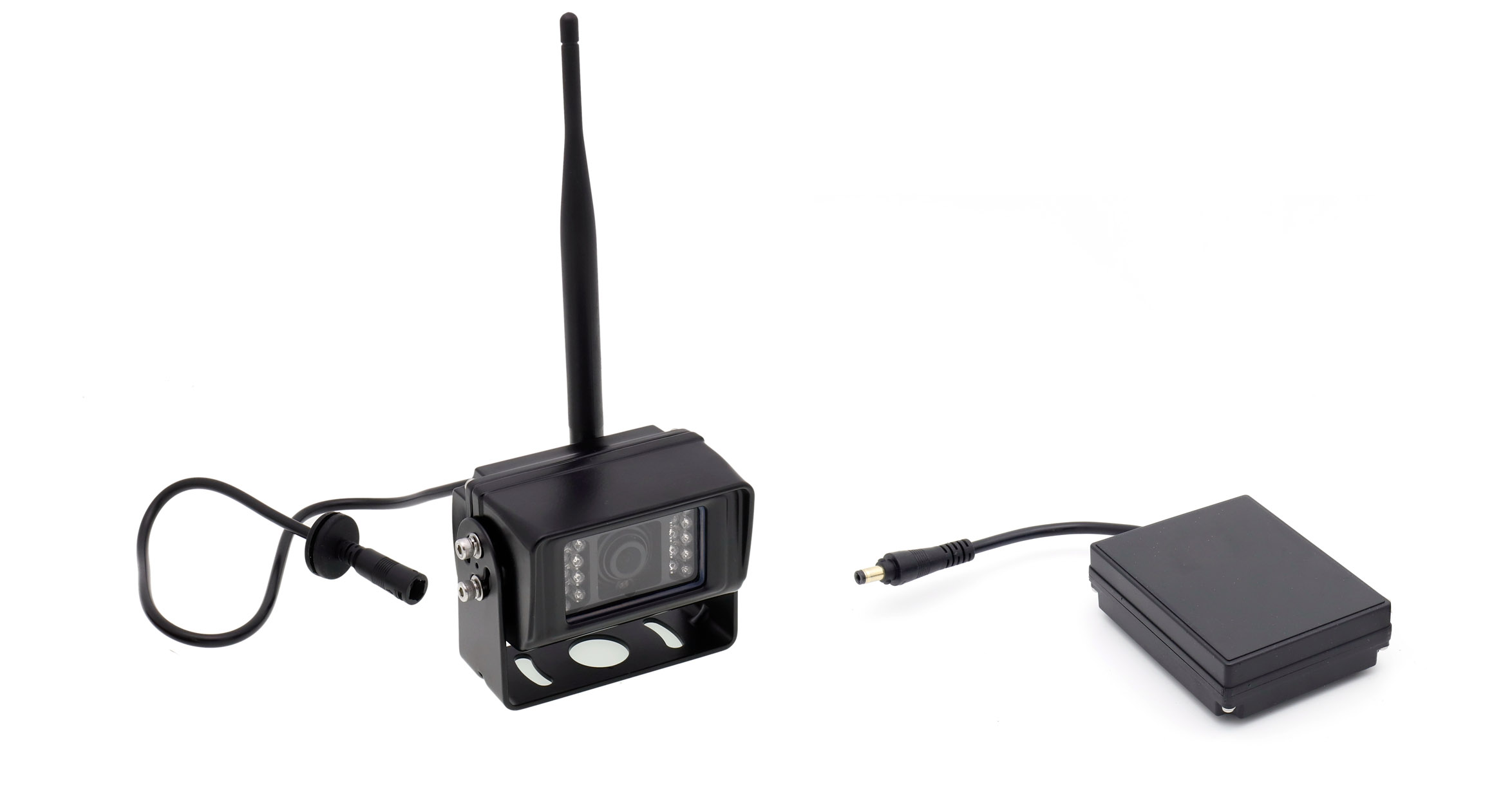 Simply place the camera where you require it right now. Simply take the camera with you when you move machines or tasks.

If you figure out where you want to put your camera, relocating it is as simple as transferring your phone from the kitchen to the bedroom.

Instead of putting a fixed camera on each machine, if you have many operators on your farm, you may offer each operator a self-powered camera system. During the course of a workday, they will move their cameras around.

The Evolution of Quick Charge

In 2014, Quick Charge 2.0 was released to allow supported devices to accept a greater charge level when linked with a Quick Charge compatible charger. Quick Charge has evolved over time, making the charging process quicker and more efficient while providing a safe charge that preserves battery life.

Quick Charge 3.0 was released in 2015 to maintain high power delivery for charging while also ensuring the most efficient power transfer possible, which is 100% faster than the original Quick Charge 1.0 device.

In other words, when you use Quick Charge 3.0 chargers, your devices will charge at blazing rates, quadrupling speeds of traditional chargers.

So what are the benefits of a QC 3.0 enabled battery pack for a Ag camera system?

Fast charging battery ensures multi-shift operations to run on one battery possible per agricultural machine and reduces operating costs. And you don’t need dedicated battery charging personnel, or plan for one time each week to bring the battery to full charge. If your battery pack is Quick Charge 3.0-compatible, you can charge up to 80% in just 35 minutes.* 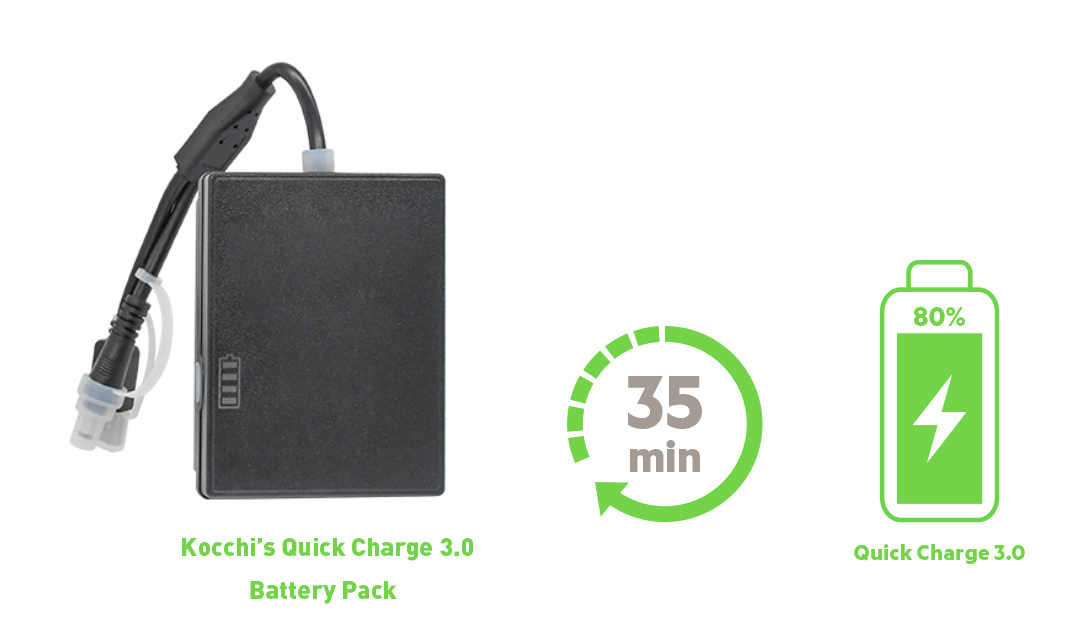 Wireless cameras have gone a long way in recent years, thanks to the rapid advancement of technology. Video delays and poor video quality plagued early versions.

It was difficult to utilize a camera for reversing when the visuals were delayed by even 2 seconds.

However, all of these issues have been addressed with latest digital wireless cameras. Video transmission is quick, and modern wireless cameras are simple to set up and operate.

That is significant because if a camera is difficult to operate, you will probably not use it as often.

Some wireless Multi-Monitor Ag camera system even allow more than one monitor “seeing” the camera(1 wireless camera can transmit to up to 4 monitors). 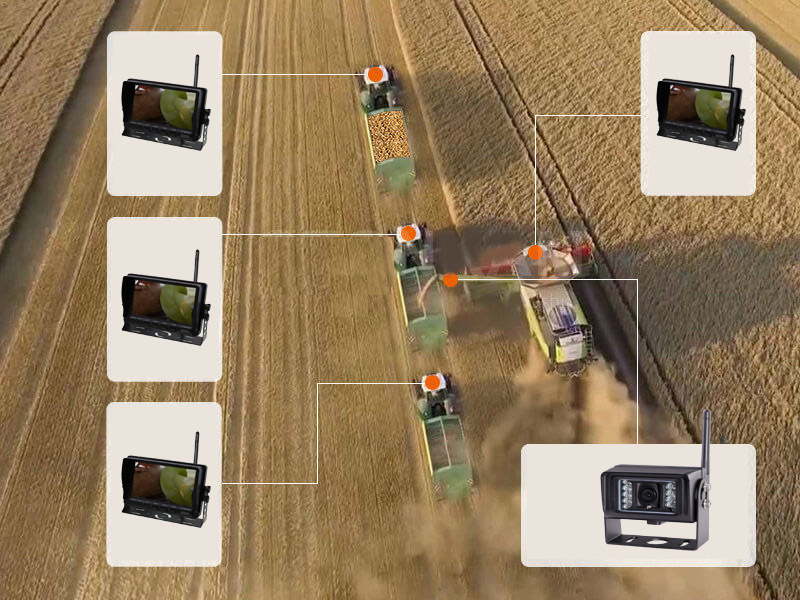 In the past, this was impossible with digital camera systems but is now available with technological advancement.

Agriculture camera systems have been growing in use in these years. There are many benefits of putting cameras on your large machinery which can improve safety, save you time and also save you money.

Kocchi’s builds the most rugged ag camera system in the industry. Our camera can withstand anything your sprayer, combine, cows, grain cart, or whatever your farm operation can throw at it.